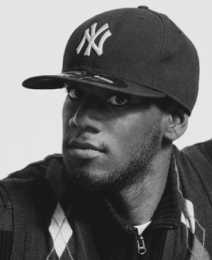 To make the Masterclass Weekend more fun and diverse, we are offering a funky hip hop class with Brooklyn Ballet's James "J-Floats" Fable, winner of the 2013 Second Annual Street Dance Competition, Back to the Streets Vol. 2.

J-Floats, a young gregarious dancer with magnetic groove brings a unique flavor to his field, extrending it to his teaching and choreographing jobs.

J-Floats started dancing in his junior year at Edward R. Murrow High School, after seeing a friend performing a wave. He says he's been bitten with the bug of inspiration ever since.

In 2011 Fable joined Brooklyn Ballet. Continuously climbing the ranks of the competitive dance world, he has participated in several important dance competitions, including Boogie Nation and Kings of New York, and in 2013 won the Second Annual Street Dance Competition, Back to the Streets Vol. 2.

J-Floats has performed at places such as the Actor's Funds Art Center, King's theatre, Cyclone Stadium in Coney Island, and the prestigious M.I.T. He has danced for events such as L.O.U.D. and KOBK, and taught elevated dance programs for several semesters. The work does not stop, however, as James hopes to keep experimenting and perfecting his unique style of glides.