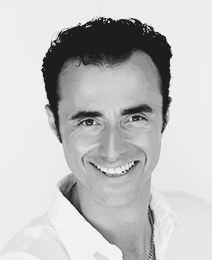 Humberto Teixeira is the Guest Teacher and Guest Choreographer of the New Jersey Ballet company. A talented young choreographer, he was a Winner of the First Place at Walter-Fink Preize in Karlsruhe, Germany. His classical and contemporary pieces are elegant, clever, and often ethnically-influenced.

Additionally, Humberto specializes in coaching dancers for auditions and competitions around the world. He has recently coached the Japanese Risa Mochizuki for the World Ballet Competition where she was awarded the Gold Medal. Humberto has privately coached Christian Alex Assis to prepare him to the 2016-2017 season of Zurich Ballet, Switzerland, and Leonardo Fonseca for the 2016-2017 season of Theatre Chemnitz, Germany.

Humberto's dance training began when he was a teenager in his native Brazil, looking to improve his advanced martial arts skills. He fell in love with ballet while studying with renowned Cuban ballet masters Pablo Moret and Cristina Helena.

In 1998 he joined Dance Companhia Sesi Minas; in 2000 he was promoted to Soloist. A laureate and participant of a long list of dance competitions including Festival Internacional De Danca de Joinville, Humberto has performed numerous soloist and principal roles of the Classical Repertoire with Dance Companhia Sesi Minas, the Brazilian Dance Company, Columbia Classic Ballet of South Carolina, Badisches Staatstheater Karlsruhe of Germany, and New Jersey Ballet.