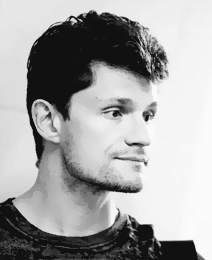 IBC Masterclass Weekend Initiative offers a rare and exciting opportunity of a Masterclass with Gennadi Saveliev.

In 1999 Gennadi founded the Youth America Grand Prix together with his wife, acclaimed Larissa Saveliev. Under their Artistic Direction YAGP quickly became the largest international student ballet competition in the world. In 15 years, YAGP awarded over $3 million in scholarships worldwide. One of the most prestigious competitions in the world, it boasts over 50,000 alumni, over 300 of which now dance with 80 prestigious professional dance companies all around the globe, including but not limited to American Ballet Theatre, New York City Ballet, Alvin Ailey American Dance Theater, Paris Opera Ballet, The Royal Ballet, Stuttgart Ballet, Dutch National Ballet, San Francisco Ballet, and Washington Ballet.

Mr. Saveliev’s famed dance expertise, his memorable high jumps and colorful character and soloist roles along with his unique insight into what do competition judges look for in competing students’ variations, is a guaranteed asset to all those attending IBC Masterclass Weekend.

Mr. Saveliev was trained at the Bolshoi Ballet Academy and the School of American Ballet. He has studied with such distinguished teachers and coaches as Sergei Berezhnoi, Pyotr Pestov, Mikhail Lavrovsky, Stanley Williams, Eleanor D’Antuono, and Cynthia Gregory.

In 1996 Mr Saveliev, at the time a member of the legendary Bolshoi Ballet, won a silver medal at the New York International Ballet Competition, and joined American Ballet Theater where he has danced for 16 years before retiring in 2012.

IBC MasterClass Weekend is your invaluable opportunity to be seen by Mr. Saveliev in a smaller and more focused working class setting, and to get personal corrections on important details of your training.