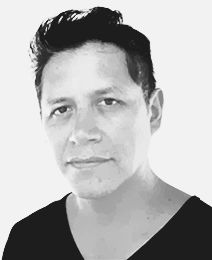 David Fernandez is a choreographer and dance coach based in New York City. His choreographies feature an enchanting mix of Baroque and Contemporary. David's most acclaimed piece—Five Variations on a Theme—was created for New York City Ballet's principal dancer Joaquin De Luz. The work was performed as part of the Kings of the Dance program, premiering in the Ukraine in November 2008. It was subsequently performed all over the world—NYC, LA, London, Paris, Rome, and Moscow—and remains one of Joaquin De Luz’s favorite pieces to perform.

Other notable commissions include pieces choreographed for leading dancers of the American Ballet Theatre and New York City Ballet, as well as the Kings of the Dance Tour, Dance Theatre of Harlem Ensemble, and Youth America Grand Prix Gala Concert.

David is a skilled competition choreographer, known for creating works that emphasize students' strengths while meeting all of the judges' requirements.

"When I’m working with young dancers—whether setting a ballet or choreographing a solo for a competition—I focus on making the rehearsal period a positive experience. It is important that aspiring dancers enjoy rehearsal time, look forward to coming to the studio, and remain excited about the performance."

When David isn’t choreographing creating new works for Ballet Hispanico or Brooklyn Ballet, or searching for new music and sources of inspiration, he teaches and experiments with new movements at several NYC and CT schools. He spends his summers teaching ballet intensives at several classical ballet and contemporary companies in both the United States and Mexico.